The Gift of Corporate Confession

We regularly implement times of corporate confession in our services. But not everyone agrees it is valuable. I’ve received pushback along the lines, “You don’t know my heart; you can’t force me to confess to those things…” Such critiques are understandable, but they stem from a misunderstanding of the purpose of congregational confession.

When the church confesses sin corporately, we are not indicting every individual in the congregation with committing every one of these sins. It is not a blanket accusation. To be sure, there are some leaders whose modus operandi consists of accusing and damning their people. But that’s not gospel alignment; that’s the devil’s work. Corporate confession, when done correctly, is an instrument of grace designed to help God’s people honestly assess the state of their hearts.

I treasure the Lord’s...

Why Does Good Friday Matter? 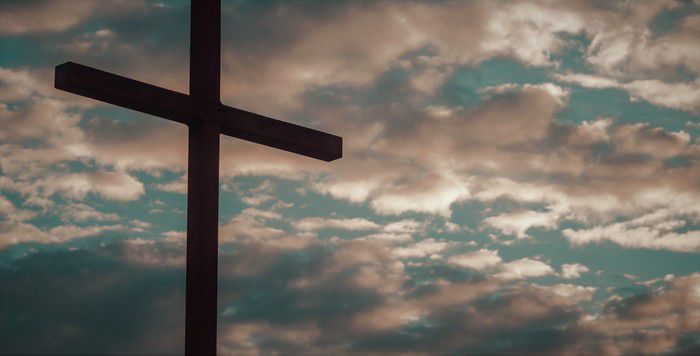 Tomorrow, we celebrate good Friday. In our church, we gather to read the passion narrative and reflect on the event of the cross. Like any holiday, this one possesses potential to become repetitious and mundane if handled carelessly. But when we embrace it, this very repetition breaks through the noise to anchor us. So why does good Friday matter?

1. Good Friday Matters Because It Breaks into Our Routine

Life is full of routine. We wake, eat breakfast, go to work, eat supper, go to bed. Life moves along the pulse and flow of regularly scheduled events. It is how we operate.

But we can lose ourselves in the rhythm of life. In the wash-rinse-repeat cycle of the ordinary, we can forget that the extraordinary has happened. Good Friday is the broadcast interrupt breaking in to our normal, reminding us that God is there, and has done great things.

2. Good Friday Matters Because the World

The Blog is Moving.

I don’t know how many of you are following via email subscription (or who just drop by on occasion), but for those who do, consider yourself notified: I’m moving.

For a few reasons, I will be publishing over at Medium from now on. I’ll keep bobstevenson.net open for the time being – but I’ll likely shutter this blog eventually.

And if you want to stay connected via social media, you can always follow me on Twitter. It’s simple: @bobstevenson.

Catch you on the flip side.

I remember details about many things in my few years on earth, but I do not always remember events with emotional clarity. I do remember September 11, 2001. I remember the horrified pit in my stomach sitting in the student center, watching the planes fly into the towers. Over. And over. And over.

I remember trying to imagine what those people must have felt, trapped, before the collapse; the feel of death surrounding me.

I remember the curious fear, walking around downtown Chicago where I lived, wondering whether a winged metal tube would bullet through the blue sky and explode our skyline.

My emotional memory is blurred for many things, but I remember what I felt then. The American dream and the dream of youth were both rent for me that day. The evil “over there” had come into my house.

The experience of evil turns us to the big questions...

John MacArthur is in the middle of a series of posts unpacking his concerns about the evangelical focus on social justice. The posts (up to four now) have generated quite a stir, both in support, and critical of his ideas. John MacArthur has been a great help to many over the years, and I don’t doubt that he is intending to be so now. However, his argument contains problems which work against both unity and a healthy application of the gospel he seeks to defend.

In this post, I have no intention of going point-for-point with his argument, but rather strive to note a few areas of critical reflection and analysis which those who are inclined to agree with Dr. MacArthur would do well to consider.

In his second post MacArthur identifies his past work in the struggle for truth. He documents his firm stance against those who deny inerrancy, the lordship of...

I am an anxious person. I’ve lived with this low-grade, steady-state level of anxiety for more years than I’d like to admit. It’s always there, like the hum of the refrigerator. It is so persistent that I often fail to recognize its presence until it’s gone.

I am writing this in a season of rest, on sabbatical. And as I have stepped away from the daily operations of ministry, devoting my time to my family, reading, writing and wrangling my yard, the hum of anxiety has quieted significantly. My heart has grown still. I have been able to rest. It’s been amazing.

But this season is just that: a season. In a few weeks, I am headed back into fray. I will take up again the burden of full-time pastoral ministry, with all its expectations, responsibilities and concerns. And I know for certain that my old nemesis will be following close behind.

What a Sabbatical Means for Village

The following has been cross-posted on the Village Blog.

In 2017, the leadership at Village elected to adopt a sabbatical policy for pastors. For every seven years of service, your pastors are eligible for a period of intentional, constructive time away from the normal demands of ministry.

On May 28, I will be entering into a season of sabbatical lasting until August 5. This is not designed to be an extended vacation; it is a proactive rhythm of rest, removed from the normal routines and demands of the pastorate, to promote longevity, and prevent the burnout so common among many in leadership today. I am grateful for the opportunity to disconnect, bury my head in books and writing projects, and invest in both my family and my communion with Christ.

I know that this feels jarring for some at Village. I do most of the preaching, and my responsibilities make me one of the most...

The Church, Society and Race: Part 8b (Moving Forward)

In part 8a, I attempted to capture the eschatological and glory-filled vision for the diverse unity of the church. But the question remains: what now? Here and now, for the sake of time and concision, my focus is on what the average church member can do.

One of the great misguided ideas of our day is the suggestion that we must approach culture with “colorblindness.” That is, in contradistinction to our forefathers who made color the basis of value, we must go the other way and choose not to see color at all.

The problem with this idea is that it doesn’t work. It might in an idealized society, untouched by our particular past. But we cannot ignore our past. Indeed, colorblindness often mutates into a white majority culture refusal to care about the...

The Church, Society and Race: Part 8a (Moving Forward)

Over the past seven posts, I have been exploring the way the church should engage with broader society. I began by presenting a four-pillar model for cultural engagement. In light of these four pillars, I also suggested that our membership in the kingdom of God demands that we live out the ethic of the kingdom transparently and boldly. If the ethic of the kingdom is righteousness, and righteous living brings about peace, unity, love, wholeness, etc., as it is aligned under God, then it follows that this ethic can only be good for the rest of the world around us. Therefore, we are salt and light in our world, always seeking to do good to the world around us. We honor God when we live faithfully, and when we bring the fragrance of God’s righteousness into the dark...

The Church, Society and Race: Part 7 (Race and Racism Today)

Over the past few posts, I have attempted to cover some 340 years of history, surveying the racialized landscape of the United States. We began by looking at the institution of slavery beginning back in 1619, and ending only in 1865. We continued by examining the post-emancipation Jim Crow era from the late 1870sto the mid- to late-1960s.

Now, in one sense, these are the most difficult sections to cover, because of the explicit dehumanization of non-white peoples, the brutality of enslavement, and the abject and crystal clear injustice of discrimination and segregation. It is impossible to deny that, prior to the structural and legal changes of the 1950s-60s, American society established, promoted and preserved a racial caste, whereby white people were at the top...